Army-Navy Game and Those Spirit Videos 2019

We have covered nine of the traditions of the historic Army-Navy Game in our post, Army-Navy Game Traditions; Prisoner Exchanges and Singing Second. We have also shared images and explained the reasons behind the uniform selections for both sides over the recent years in Army-Navy Game – At Kickoff, Foes. When Over, Brothers. 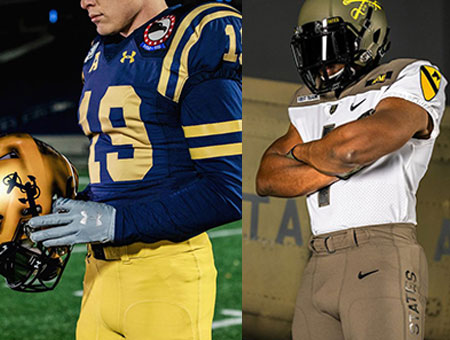 This year’s Army-Navy uniform selection is no less iconic than in the past. The Naval Academy will honor their two Heisman Trophy winners, Roger Staubach and Joe Bellino. The two former midshipmen’s numbers will be worn on the player’s helmets and the complete uniform will sport throwback colors and stripes. West Point has chosen to honor the U.S. Army’s 1st Cavalry Division. This will be accomplished with an olive drab green helmet with the 1st Squadron, 9th Cavalry Regiment icon is printed in yellow on both sides. This unit was one of the first to use UH-1 helicopters to carry their units into Vietnam. With that, their white tops and olive drab green pants use the same font for the numbers and lettering as were used on the Huey helicopters of that era.

Though the uniforms change every year, their traditions like the Prisoner Exchange and the Halftime Walk remain strong. There is another custom that extends beyond the two service academies and into the civilian world. This newer tradition would be the use of video to create Spirit Week Spots featuring the sayings where “Go Army. Beat Navy” or “Go Navy. Beat Army.” are the call to action. These are often short clips created to poke at the other school in good fun. 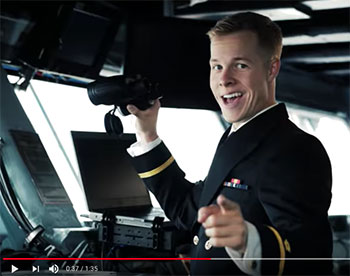 The fun banter between the cadets and midshipmen is quite often tied to popular culture like a Matrix version in 2006 and a “Party Rock Anthem” dance routine in 2011. Sometimes these videos may be from active units in the Navy and Army themselves. Coming out of the fleet in 2017 is the “Helm Yeah” with a special appearance by the late U.S. Senator and Annapolis graduate John McCain. From the field, the Army sent, “We Don’t Give a Ship, We Give a Truck” video in 2015. But there are so many of them from the academies to the active services that it’s easier to share past and present videos through a Youtube Link to many Army-Navy Game Spirit Week Spots for your own enjoyment. You can find an assortment of the 2019 entries on the Defense Visual Information Distribution Service website. 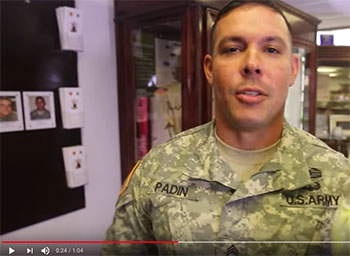 One of this year’s Army-Navy Spirit videos is from West Point called “West Point Army-Navy Spirit Video 2019 Hooah!” Here is a 2019 video from the USNA Alumni Association & Foundation called “2019 Spirit Spot: Beat Army from USNA Supe and Bill the Goat”

The cadets and midshipmen spend many hours and weeks preparing these videos and we’re sure they have a great time doing it. If you are looking for a single location to enjoy some of the best over the years, Military.com has put ten of the funniest spirit spot videos together for your enjoyment. We have shared that link below. Take some time and enjoy their handy work.

This Saturday, December 14, 2019, two mighty forces are preparing to collide on the battlefield for the 118th time. Both sides have lifted the spirits of their troops with pre-battle speeches. At the kickoff, they will be foes. When it’s over, brothers.

MUST WATCH! CBS Introduction to the Army-Navy Game! (2018)