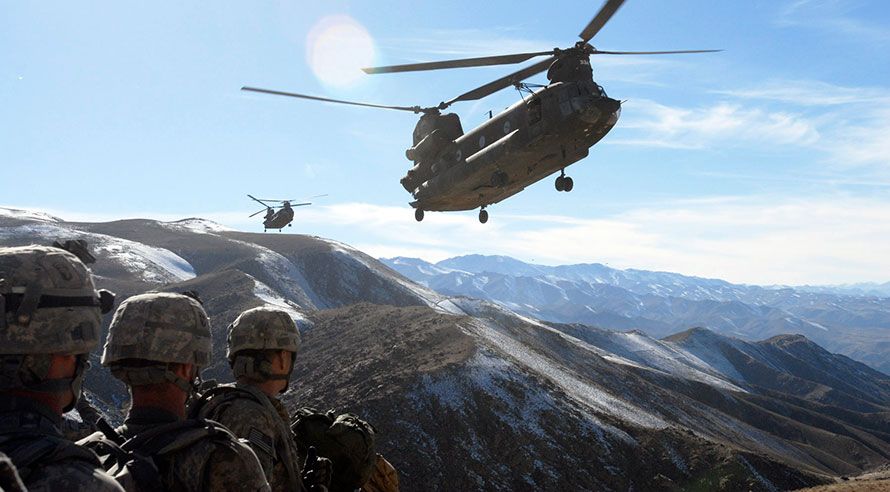 Always moving forward, improving technology to increase their advantage on the battlefield, the U.S. Military often releases requests for proposals to competitively seek companies that can upgrade their communications, electronics, weapons systems, aircraft, and more. The U.S. Army has recently requested a replacement for their current rotary-wing aircraft radios, the ARC-201D.

They have designated the new radio as the Small Airborne Networking Radio, or SANR. Like the ARC-201D, the SANR would provide communications between air-to-ground and air-to-air for the AH-64 Apache, CH-47 Chinook, UH-60 Black Hawk and Unmanned Aircraft System Gray Eagle platforms. The proposed radio would include the legacy waveform SINCGARS, or Single Channel Ground and Airborne Radio System, as the ARC-201D currently does. Additionally, the SANR will operate using two primary networking waveforms, the Soldier Radio Waveform and the Wideband Networking Waveform.

The Soldier Radio Waveform (SRW) is used by individual troops, small units, and other small sensors. This waveform does not require a fixed cell tower infrastructure or satellite network to communicate, which enables it to be mobile like a individual soldier would carry. The Wideband Networking Waveform (WNW) provide network connectivity between aircraft and ground vehicles.

Currently, communications from air-to-air and air-to-ground in helicopters like the Apache, Blackhawk and Chinook and fixed-wing aircraft Warthog, Fighting Falcon, and Hercules are provided by the systems like ARC-164 and the ARC-201.

The ARC-164 is one of the most popular standard avionics airborne UHF/AM radios. It has Have Quick anti-jam capabilities, providing secure communications for joint task forces and Army aviation missions.

The ARC-201 is a Single-channel Ground and Airborne Radio System (SINCGARS) radio. This receiver-transmitter operates in the FM frequency utilizing frequency hopping to provide secure communications between air and ground forces.

As with most legacy electronics, these two communication systems would be phased out, replaced with the new SANR when it enters service. If your communications, electronics, avionics, even radar systems need to be upgraded, but the newest system is not within your budget, there is an option to avoid scrapping repairable electronics. Duotech Services provides complete support to panel-mounted or remote-mounted AN/ARC-164, AN/ARC-166, AN/ARC-204, and AN/ARC-201 radios for a wide variety of applications in shorter turnaround times and under budget than the competition.