Deploying The U.S. Navy’s Comfort and Mercy in The Fight Against COVID-19 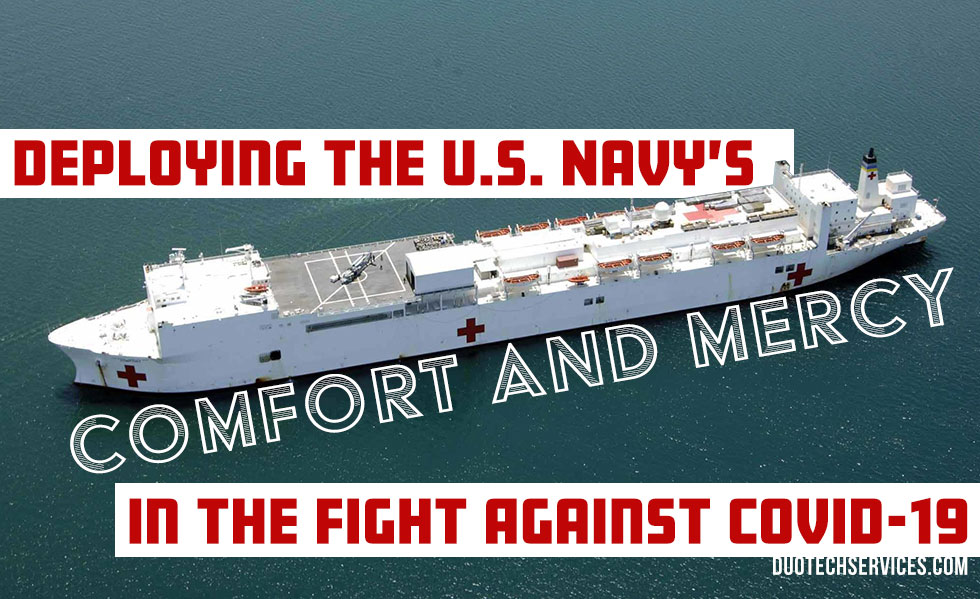 To assist in the battle being waged against the Coronavirus, the U.S. Navy is activating its two hospital ships, USNS Mercy and USNS Comfort, and sending them into the fight. The Mercy will head to Los Angeles and the Comfort is going to New York City. The Navy ships won’t handle patients suffering from Covid-19 but provide medical services for other cases that will free up space in local hospitals.

Both ships have been in their home ports under Reduced Operating Status (ROS). The homeport for the USNS Mercy in San Diego, California and Norfolk, Virginia for the USNS Comfort. While in ROS, these ships have a small crew onboard performing routine maintenance and repair schedules to assure the readiness of propulsion and other primary systems if the need arises to activate the ship. The process necessary to activate both has been sped up to get each of the ships as quickly as possible to their destinations.

These two ships were converted from supertankers to provide on-site medical care for American combat forces, and also for use during disaster relief and humanitarian operations both home and abroad.

The Mercy began service with the Navy as a hospital ship in 1986 but originally launched as the oil tanker, SS Worth. This is the third U.S. Navy hospital ship named “Mercy”. The first was converted from a troop transport and commissioned in 1918. The second Mercy also began as a troopship and was commissioned in 1944. Her first assignment was transporting wounded from the Battle of Leyte Gulf in the Philippines in October 1944.

The Comfort was originally the SS Rose City, an oil tanker launched in 1976 and became a Navy hospital ship in 1987. There have also been two previous hospital ships named “Comfort”. Very similar to the Mercy, the first Comfort was commissioned in 1918 and used in WWI in the Atlantic to bring wounded troops home from France. The second was launched in 1944 and served throughout the Pacific during WWII like the Mercy. 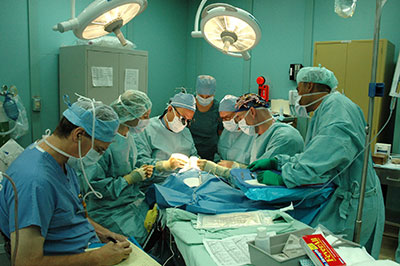 Medical staff in surgical space aboard the USNS Mercy

Both ships have 1,000 beds and 12 operating rooms and can support many different levels of medical care. Each can care for 200 patients per day and are equipped with dental and optometry clinics, four x-ray machines, a CT scanner, large oxygen-producing plants, and large coolers that hold 5,000 units of blood. They also have large laundry capabilities and a morgue. The Comfort and Mercy both have one helipad capable of landing one large helicopter like the CH-47 Chinook or CH-53K Sea Stallion at a time to receive the wounded. 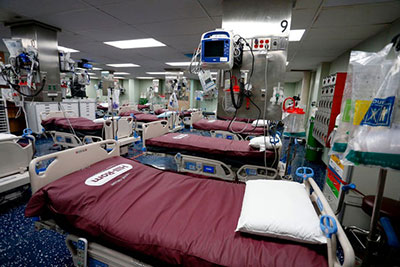 Patient beds aboard the USNS Comfort

When at full operating status, these large hospital ships carry 61 civilian mariners and more than 1,200 military medical personnel, a mix of Navy personnel and civilian doctors and nurses. The crew manning these hospital ships are reservists or civilians. The problem with activating the normal crew for both ships is that if those reservists and civilian medical personnel leave for NYC or Los Angeles, that will remove important medical resources from their home port region. Therefore, this mission is expected to be carried out by active-duty medical personnel.

The ships do carry weapons but they are only for defensive measures. These ships are not allowed to transport combat specialty troops like aviators, submariners, and special operations troops. These big white ships have large red crosses all around them so they can be easily distinguished as medical ships. To fire on one of these medical ships is a war crime under the Geneva Conventions.

Los Angeles and New York City both are at the epicenter of this event. With their populations, these hospitals can be quickly overwhelmed with an influx of Covid-19 patients. The hospital ships are unable to contain the virus and treat the infected. To get a 1,000-bed capacity, the beds are very close together and stacked three or four high. As such, the mission for the Comfort and Mercy will be to provide medical care to non-coronavirus illnesses. This will free up room in the local hospitals to deal with the coronavirus crisis.