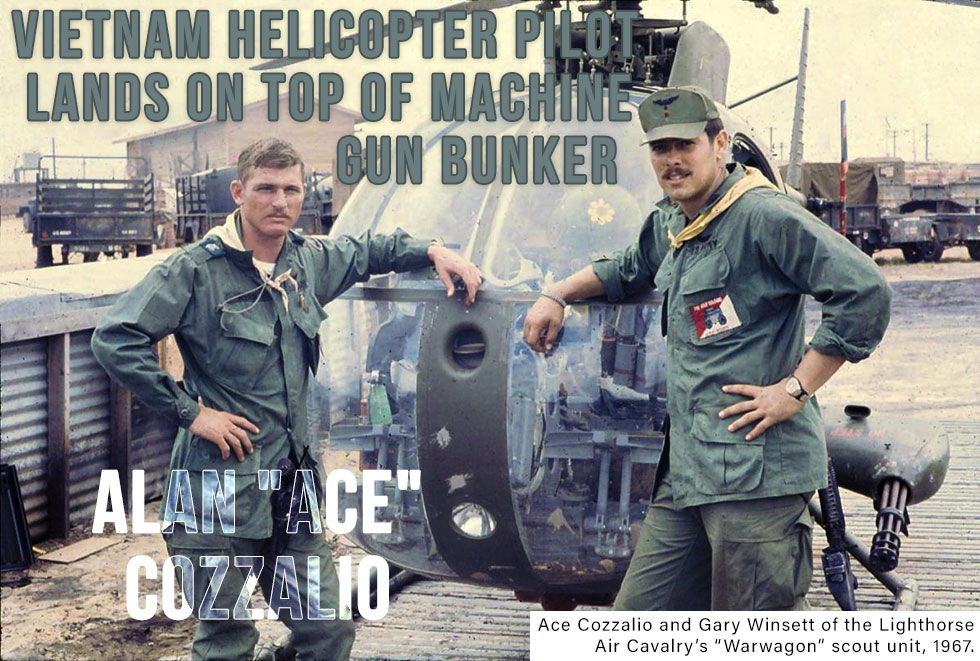 During the Vietnam War, 1964-1975, over 3 million Americans served in the Southeast Asia theater in Vietnam, Laos, Cambodia, Thailand, and on ships in the South China Sea. During that time, about 12,000 helicopters were flown. Nearly half of those (appr 5,600) helicopters were destroyed or lost to combat action or accidents.

At 6,793, the most common helicopter and an icon of the war was the UH-1 Huey helicopter. Huey losses during Vietnam War equaled 3,304. There were 1,422 OH-6 Loach observation reconnaissance light helicopters flown during the war. Of these, 964 were shot down or damaged beyond flying. Another popular Vietnam era rotary-wing aircraft was the attack helicopter AH-1 Cobra. These choppers were used as the backbone of the U.S. Army and Marine Corps close air support. The Army and Marines operated 827 during the war and lost 306.

There were many American pilots that flew the Huey, Loach, Cobra, and other helicopters between 1964 and 1975. Serving as heavily armed escorts during insertion and exertion of hot landing zones (LZ), Cobra gunships were commonly seen circling above, prepared to engage any resistance. 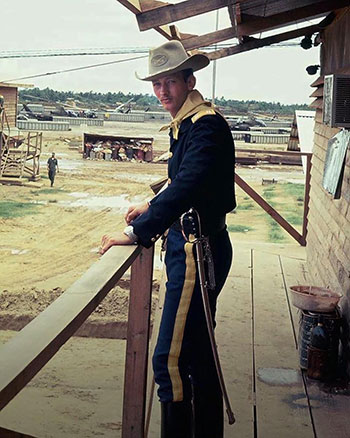 At the base, Alan “Ace” Cozzalio was often seen wearing the traditional 1860s blue cavalry uniform with a yellow scarf, stetson hat, and cavalry officer’s saber.

A Skilled and Heroic Chopper Pilot

Upon arrival to D Troop in December of 1967, a new 2nd Lieutenant named Allen “Ace” Cozzalio made a quick impression as a renegade pilot that led from the front. He loved the cavalry and its historical elements. When not flying, he was often be seen wearing the traditional 1860s blue cavalry uniform with a yellow scarf, stetson hat, and cavalry officer’s saber. Always the cowboy, instead of using briefcases to carry around massive amounts of paperwork like other pilots, “Ace” opted to use saddlebags instead.

He would be shot down six times. On one of these occasions, he was hospitalized in Japan for his wounds and was expected to be sent back to the United States. Determined not to leave and still wanting to fly, he went AWOL from the hospital, jumping on a C-130 flight and returned to his unit to avoid being sent back home. He even received the Soldiers Medal when he landed his OH-6 Loach near a crashed Huey helicopter, rescuing its unconscious crew members and bringing them back to the safety of the base.

Landing On Top Of An Enemy Machine Gun Bunker

Cozzalio was awarded the Distinguished Service Cross for another extraordinary mission. On January 25, 1969, Cozzalio, who had been promoted to Captain, was flying a Huey Cobra. Captain Cozzalio had received word that a 90 man unit was pinned down by a reinforced enemy machine-gun bunker. The American unit had taken multiple casualties and was unable to attack the bunker. Because of the weapons on the Cobra and close proximity of the Americans to the bunker, Cozzalio could not safely use his AH-1 to attack the bunker. He returned to base and switched to a smaller OH-6 Loach helicopter. Returning to the fight and flying through a wall of fire from that bunker, he responded by pummeling the wall of the structure with his own minigun to limit the damage to his helicopter. He then landed directly on top of the machine gun bunker. His gunner jumped out of the Loach, tossed a grenade into the bunker’s opening, and the OH-6 took off just before the explosion which destroyed the bunker and killed the enemy inside. He then returned to the airbase, switched back to his Cobra and went back into the fight supporting the troopers on the ground.

Cozzalio would serve three tours in Vietnam. He would be awarded the Distinguished Service Cross, Silver Star, 2 Bronze Stars, 4 Distinguished Flying Crosses, the Soldier’s Medal, 48 Air Medals, and 2 Purple Hearts. He was medically retired from the Army in 1986 as a Lieutenant Colonel due to a heart-related issue. In 1993, he would die at a young age of 46 years old following complications of a heart transplant. 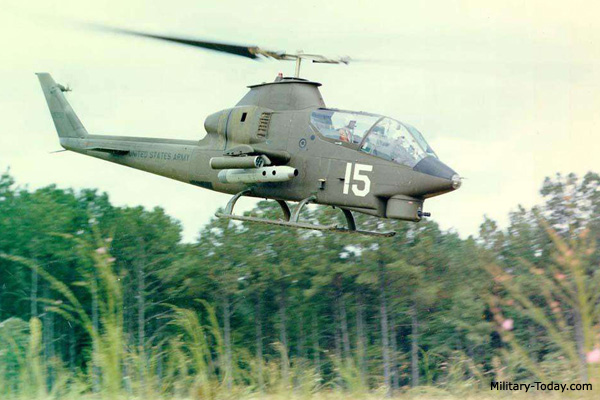 The AH-1 HueyCobra in 1967, a slender version of the UH-1 that only carried a pilot, a gunner, and was heavily armed and very fast.

During Vietnam, there was a great need for armed escort helicopters to protect UH-1 Huey Helicopters carrying troops and cargo into hot LZs. Even with arming Huey helicopters with a door gunner and rocket pods, these troop transports were still very vulnerable to ground fire. The military needed a quicker, heavily armed, less vulnerable and much more deadly solution. Enter the AH-1 HueyCobra in 1967, a slender version of the UH-1 that only carried a pilot, a gunner, and was heavily armed and very fast. The HueyCobra became the lethal escort helicopter the Army and Marine Corps were needing. It provided landing zone fire suppression support, visual armed reconnaissance, and convoy escort and fire suppression for ground units, among other roles.

If maintained well, a helicopter can have a long service life. As the helicopter ages, so do the electronics the pilot depends on to keep it flying. Upgrading or completely replacing those avionics systems can be out of the budget for many militaries, governments, and civilian operators. Even with tight funding, these systems must be maintained. Another option for supporting the aging and obsolete systems is repair or overhaul of the electronic and electromechanical equipment of the aircraft.

Duotech Services solves the engineering, reverse engineering, repair and re-manufacturing problems of military and civilian agencies, as well as aerospace and commercial users of electronic and electromechanical equipment in rotary-wing aircraft. Some of those platforms include the OH-58 Kiowa, UH-1 Huey, UH-60 Black Hawk, AH-1 Cobra, and AH-64 Apache. Duotech provides high-quality services to our customers within the budgeted schedule and maintains an AS9100C registration and is a qualified repair station for thousands of items. You can begin your Part Number Search or request a repair quote from Duotech today.