Jet Friday: The Seaplane That Would Deliver Nuclear Weapons 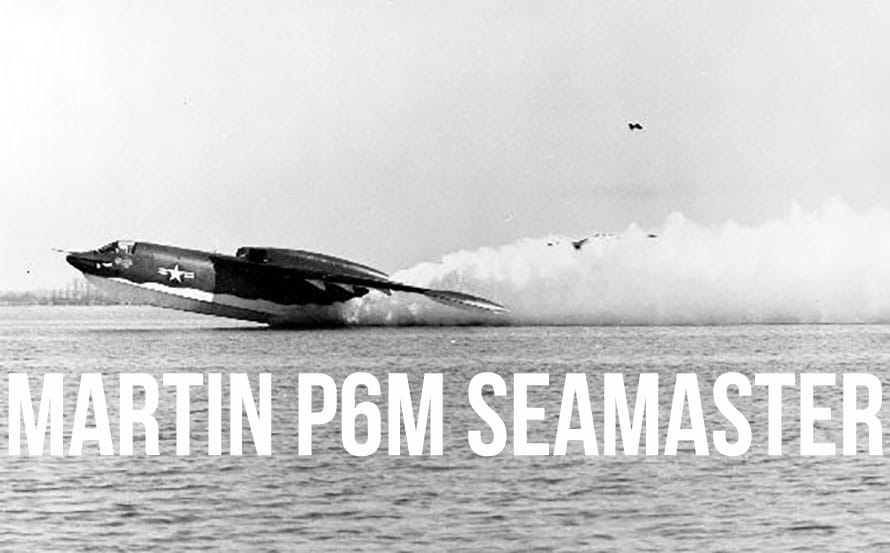 Jet aircraft and seawater don’t mix, unless those engines are part of a prototype seaplane designed to be a strategic bomber. Even then, those engines still need to be set high enough on the fuselage of the flying boat to keep spray out of the intakes. 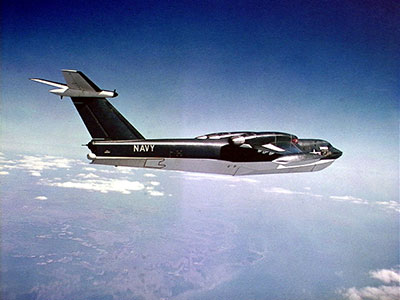 In the 1950s, the U.S. Navy wanted a nuclear delivery-capable aircraft. Since the U.S. Air Force already possessed a land-based strategic bomber, the Navy opted to create a strike force of long-range nuclear-armed seaplanes. The P6M was basically a B-52 with a ship hull. Besides the nuclear strategic bomber capability, the P6M would also have the role of conventional bombing, mine-laying, and reconnaissance.

Because it could be situated anywhere around the world at sea, the Seamaster would be resupplied, rearmed, and refueled by a submarine. Since the seaplane sat in the water while being rearmed, the aircraft had a top loading rotating weapons system. During weapons delivery, the P6M would rotate the aircraft’s hull inside while giving access to the payload. After weapons were released, the bottom of the aircraft would rotate back into place to enable the plane to land.

The P6M Seamaster was powered by four turbojet engines that produced 17,500 lbf. each. Carrying a crew of four, the Seamaster had a cruising speed of 535 mph but a maximum speed of 686 mph. It had a combat radius of 863 miles carrying a 30,000 lb payload with a service ceiling of 50,000 feet.

Eventually, this strategic bomber seaplane was discontinued when the Navy was able to launch the Polaris ballistic missile from a submarine. If you enjoy this video, please share our page with your friends and colleagues. If you like jet-powered aircraft then check out all our many other #JetFriday posts.